Value-Added Services May Be The Revenue Stream You’re Overlooking

Big Blue. Depending on who you are (or maybe more accurately, where you are in your career) the nickname might mean different things to you. If you don’t recognize it, you’d probably know them better as IBM. While the IBM of today is one of the key players in innovations like blockchain, just a few decades ago the world knew IBM as the predominant name in computer hardware. That was their bread, butter, meat, potatoes, and gravy. At a time when PCs were starting to integrate with the modern workplace on an ever-increasing scale, the company producing the industry-standard PC was making a killing without much additional effort or worrying too much about being a software competitor. [1]

The problem was, IBM had already made things easy for their own competition by using commodity hardware components in their PCs’ construction. Thanks to some enterprising efforts to reverse engineer IBM’s machinery, IBM clones had infested the market by the mid-1980s. [2] Throughout that time period, the parallel revolution of direct-to-consumer PC sales posed a growing threat to IBM.  It was becoming easier than ever to cheaply and quickly crank out PCs, and IBM – previously too big to fail – was now too big to maneuver in pace with the rate of these technological changes [3] Finally, a shift in workplace culture was placing more emphasis on individual productivity and the desktop. Purchasing power for businesses was now at the departmental and individual level, rather than the enterprise-wide relationships IBM had fostered since its inception. [4] By the early 90s, the company was considering subdividing their various divisions as independent business entities to stay afloat. 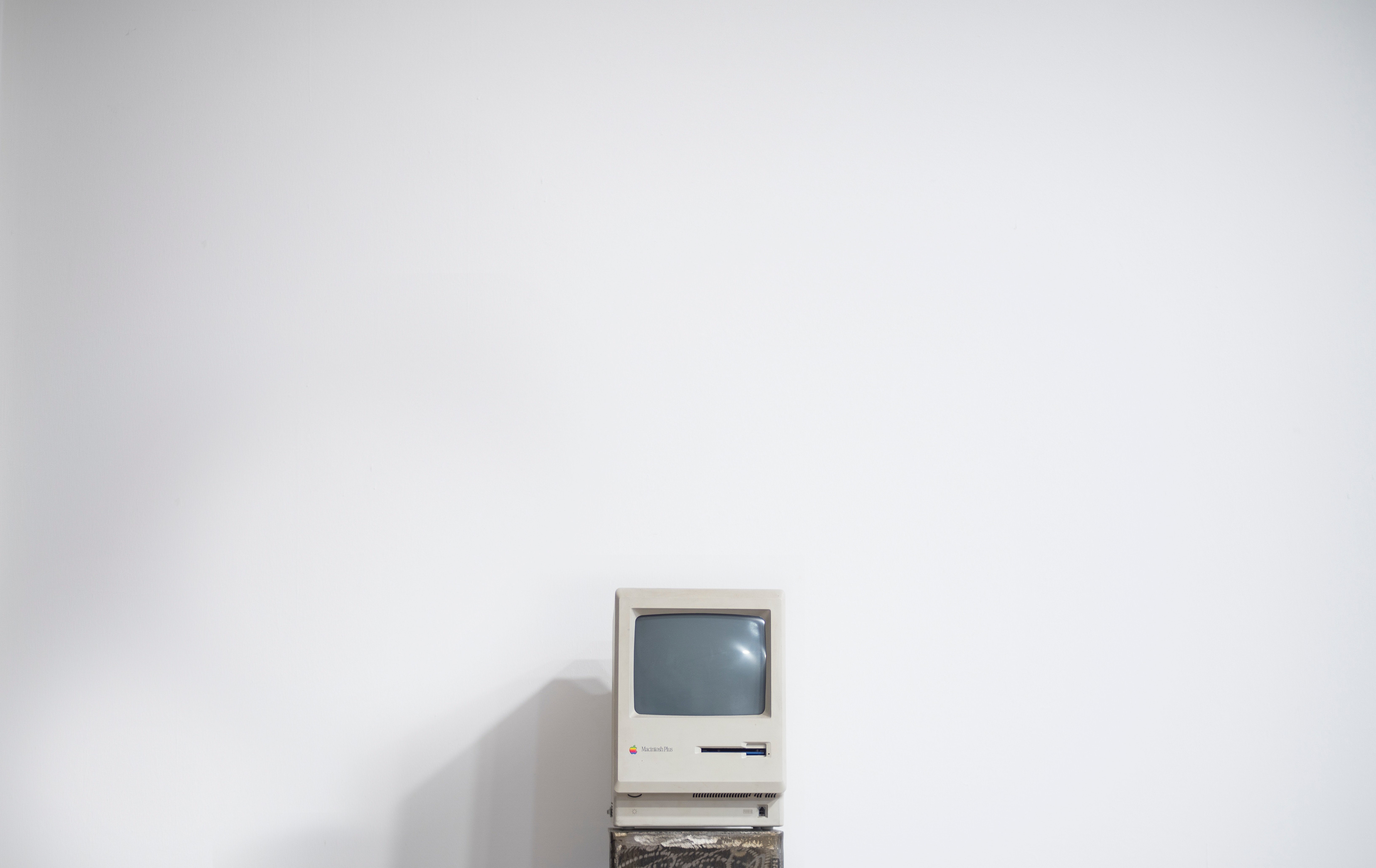 Then, on a particularly memorable April Fool’s Day in 1993, IBM onboarded Lou Gerstner as their new CEO. Formerly the CEO of RJR Nabisco, Gerstner had been reticent to take the job because of his non-technical background. But take the job he did, and he halted the decision to split IBM into different divisions. A house divided cannot stand, and Gerstner saw the opportunity to leverage the full suite of IBMs product lines and capabilities in a unified front of full-stack technology solutions. In his book, “Who Says Elephants Can’t Dance?”, Gerstner would refer to this decision as “the most important decision [he] ever made–not just at IBM, but in [his] entire business career.” [5]

Over his eventual ten-year history with IBM, Gerstner facilitated a complete turnaround for the company, transitioning them away from their floundering efforts to compete with a rapidly changing computer hardware market into the entirely new domain of selling value-add services. Gerstner saw that IBM already had a massive recurring customer base in the companies who already had IBM hardware for their mainframes. Even today, a substantial number of company back offices are running on IBM (though the transition to Cloud is starting to change that). But back then, the idea of leveraging an existing foothold to sell a much broader range of services was borderline revolutionary.

And today, many companies are still leaving piles of money lying in the ditches by overlooking this strategy.

Like IBM, countless companies have built a successful franchise selling a specific product or products to corporate customers. As global competition, automation, and outsourcing continue to create growth and profitability pressures for these companies, many firms are looking for new ways to monetize their existing assets in a way that’s accretive to top and bottom-line growth. IBM demonstrated a game-changing shift in position by finding new revenue opportunities through the relationships they had with existing buyers of their products.

Not everyone will transform their company like Gerstner did, but anyone can benefit from this approach to some extent, particularly those with any kind of recurring revenue model, whether that’s a platform, software, or service. These companies are in a unique position to drive incremental revenue growth and margin expansions by monetizing B2B relationships through the sale of additional services into their existing client base. Much of this additional revenue can then be invested back into the main product line, ultimately offering a sustainable trajectory for these businesses.

Within the B2B subset, this concept will be more readily applicable for certain companies over others. For instance, some models are far more likely to have groundwork for the sorts of repeating or long-term relationships that would naturally pave the way for additional value-add consulting services. Figure 1 shows a broad framework for gauging a company’s revenue potential from offering value-added services to their clients. 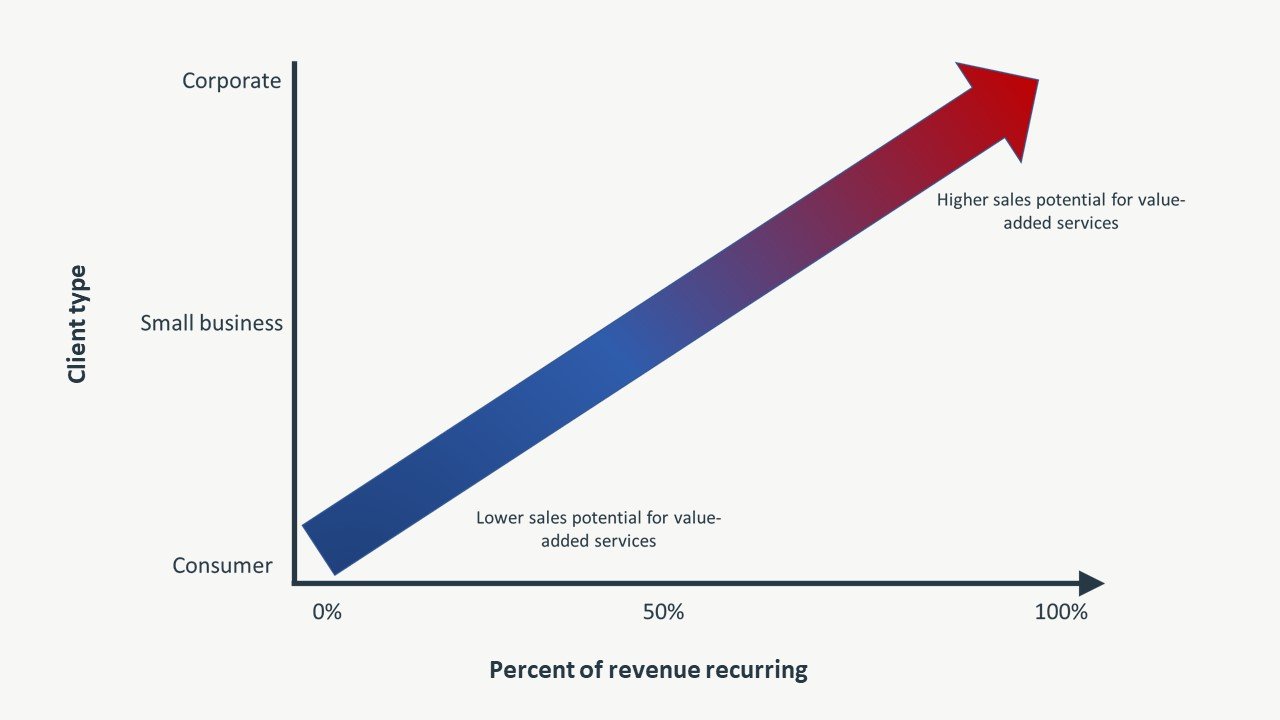 What exactly is meant by “value-added services,” then? These are services related to a company’s existing specialty or work already being done but occurring on a project-based or irregular cadence. Within the healthcare space, for instance, a company offering revenue cycle management (RCM) as their core product can typically generate substantial additional revenue through services like analytics and practice optimization.

In many cases, a client’s need for a specific value-added service can be accurately gauged through the use of appropriate trigger events. For example, a client that recently went through an acquisition may need help in cleaning up and standardizing their financial records; a client that recently announced an international expansion may be seeking advice on servicing foreign markets; etc. Identifying these potential events within your client base can generate high-potential leads which your sales team can use to prioritize their efforts in promoting value-added services. Figure 2 shows a typical relationship between a client’s relationship status and relevant trigger events in gauging their cross-sell potential. 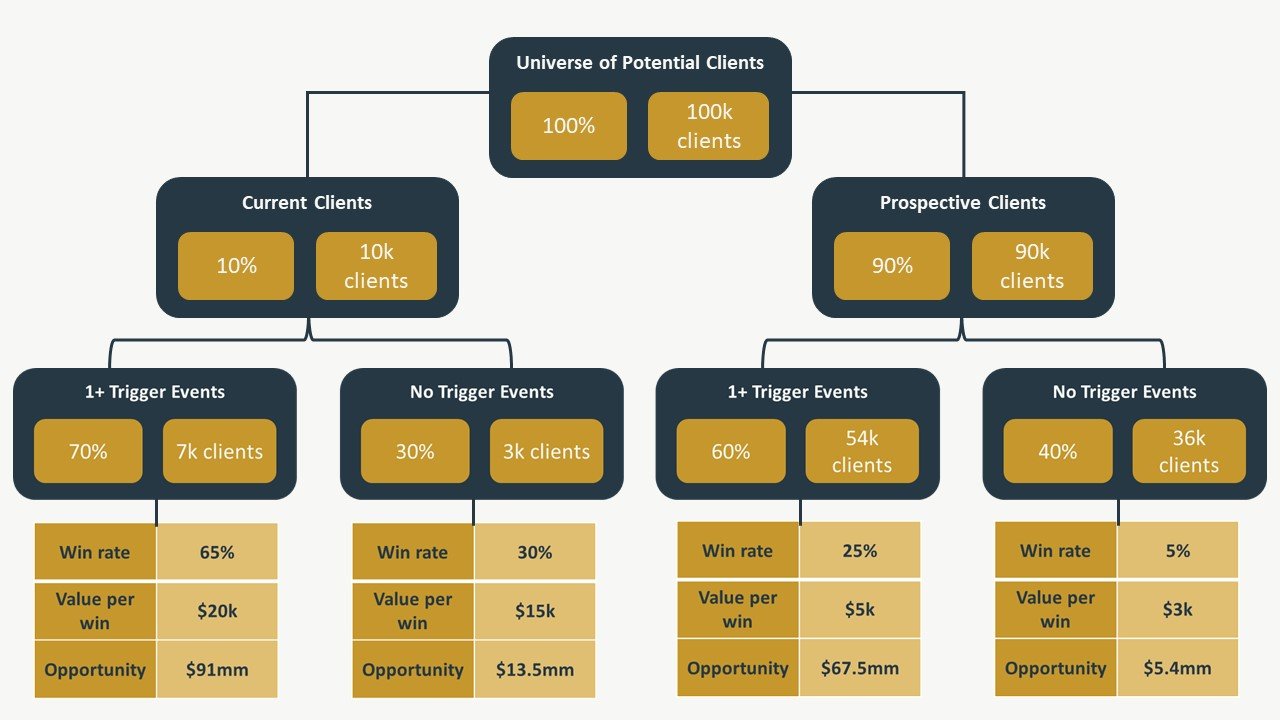 Who Can You Trust?

This disposition of proactively identifying and preparing for a client’s needs is what sets this idea apart from a run-of-the-mill cross-sell exercise. The sale of expertise relies almost entirely on relationship and reputation, which makes its pursuit – in some ways – more labor intensive and risk-laden than product sales. This is perhaps one reason why many companies are slow to pursue this idea as a revenue augmentation strategy. Value-added services sold and executed carry the reality of a person – with all the attendant associations and reputation of your company name – onsite at a client overseeing a project delivery. This is a much more vulnerable position for an organization to assume than simply ensuring timely delivery of a new product. When businesses buy software, for instance, there are a litany of steps to ensure the buyer knows what they’re getting, from an onsite demo to a trial period and numerous conversations with sales people along the way. It is more difficult to ensure this kind of clarity upfront when bringing in a person. The relationship between the two companies must be able to withstand this uncertainty.

Looks Good. How Do We Do It?

We’ve observed revenue lifts of 5-15% over 12-18 months in businesses able to monetize these relationships. Though there were unique circumstances at play for them, they shared some common, broad steps in their implementation process for this technique. The following could provide a similar start for organizations looking to generate a prospect list for value-add services.

Why don’t we see more companies doing this? For some, it might be unwillingness to assume the risk. For others, it may come down to mindset. Most companies who stand to benefit from selling value-added services often have an existing incumbent product or products which occupy the majority of the company’s bandwidth. Software companies answer to their developers. Risk management is a strong voice within the banking world. Financiers must listen to underwriters, car makers to their engineers. IBM transformed partially due to a willingness to diversify their primary source of value, seeing the value-generating potential of solving problems.

This doesn’t mean that a radical shift in company identity just comes down to the power of positive thinking. But a company with such a long-standing history of a specific company culture and market strength doesn’t reorient in a completely different direction just because a new CEO sent a memo to everyone. It will take diligent, principled work to cultivate the kind of mindset that enables this investment in your organization. But that work may pay off in more ways than just side-stream revenue previously left untouched. It could mean the difference between remaining a major competitor for years to come or the gradual onset of obsolescence.

Let’s talk more about how to expand your company’s revenue base through value-added services. 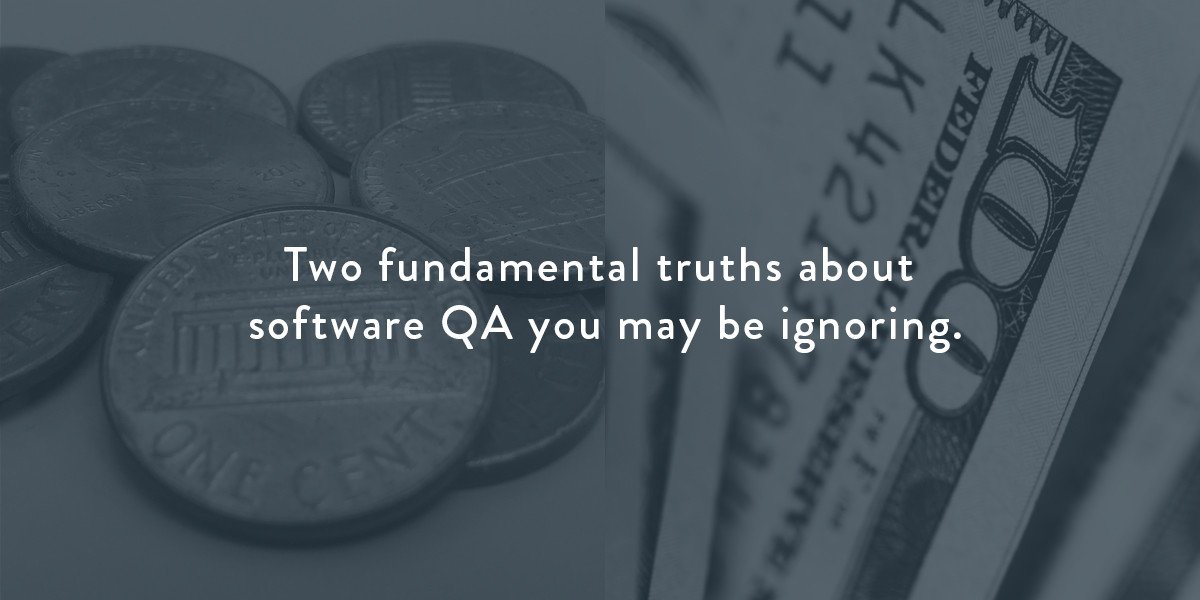 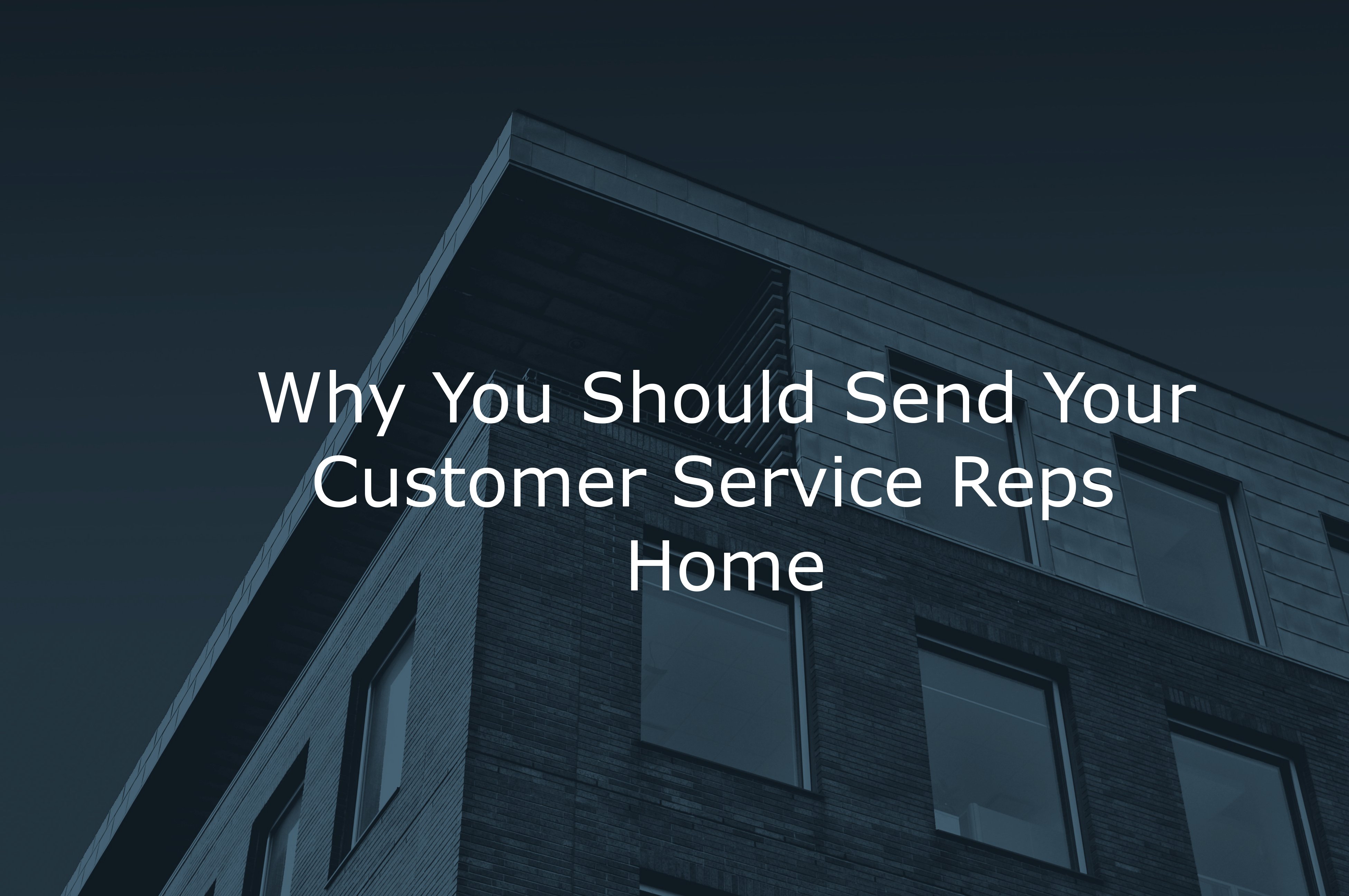