“Stimulus” and “steroids” are loaded words, but they have more in common than it seems at first blush.

A catch-all word for a lot of different, more nuanced interventions? Check.

But perhaps the biggest similarity is that both words assume growth is a guaranteed result. But what you’re using matters.

In this case, not all stimulus is created equal.

Generally, modern economics looks at two broad policy levers for driving economic growth – fiscal stimulus (otherwise known as government spending), and monetary stimulus (central bank asset growth). There are myriad details and variations to each – how the money is spent, what central banks should buy, etc. – but the core components remain.

But which of those two is the better driver or indicator of growth?

This question is not explored in a vacuum; existing literature already supports some general conclusions to guide our focus. For instance, a 2017 article by the Federal Reserve Bank of St. Louis posits that government spending is not an effective way to boost GDP growth rate.[a]  Many government programs fail to generate adequate rate of returns; though that’s not the only marker of the success or failure of government programs, policy makers should understand that funding programs with moneys more productively utilized by the private sector will result in less economic growth.[b] Policymakers should determine whether spending for a given program yields enough benefits to offset the corresponding loss of money to the private sector. Additionally, the implications of central bank balance sheet development cannot be neglected. That is, policy makers should continuously investigate the impact of changes in central bank balance sheets on financial markets and the real economy.[c]

So what is the first impression from the “real economy?” In the years leading up to the 2008 financial crisis, both fiscal and monetary stimulus were relatively modest. To create an accurate picture of growth patterns in a global economy, we needed a reliable cross-section of the economy. With five larger economic bodies – US, Euro Region, England, China, Japan – and a number of smaller, developing economies as our dataset, we dug in.

Here’s what we found.

This increased drastically during the financial crisis when governments and central banks increase spend and balance sheets during the crisis period. Figure 3 also depicts an overall growth of >250% over a six year period, with a CAGR of 22% from 2006-2011.[3] For the same economies during the total nineteen year period (2000-2019), aggregate nominal GDP has grown from $30T to $68T at a CAGR of 4%. [4] 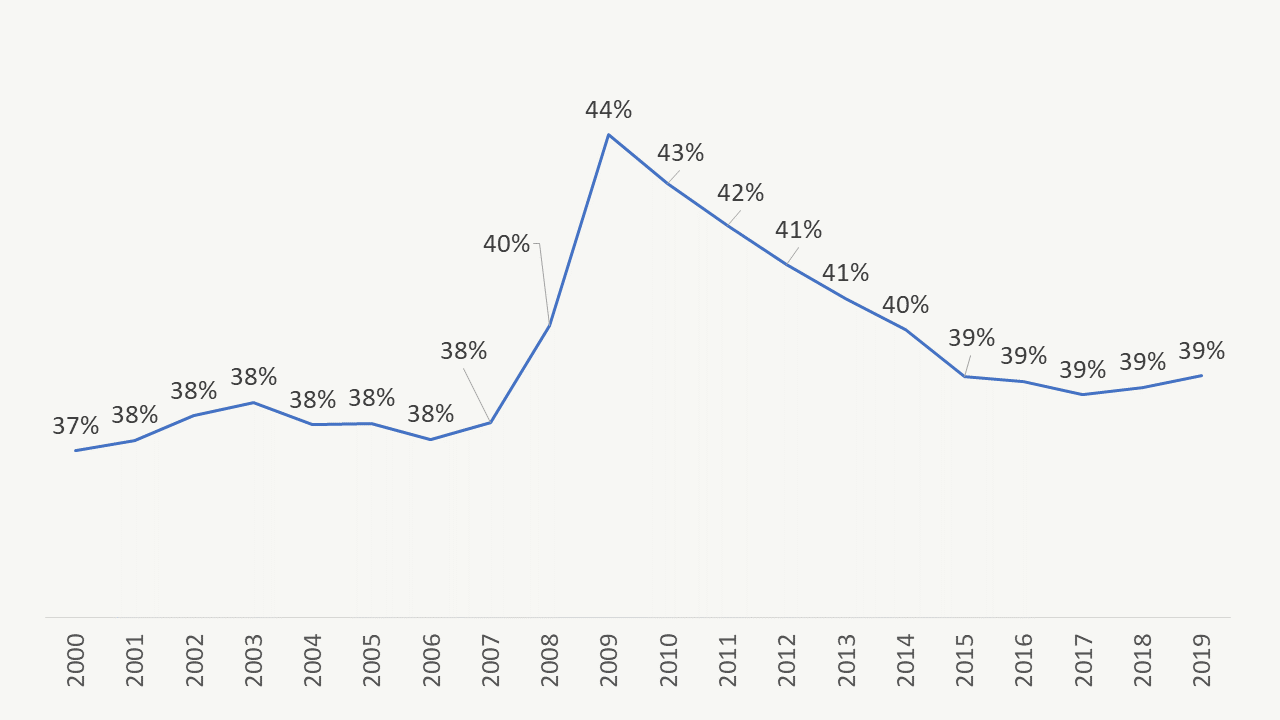 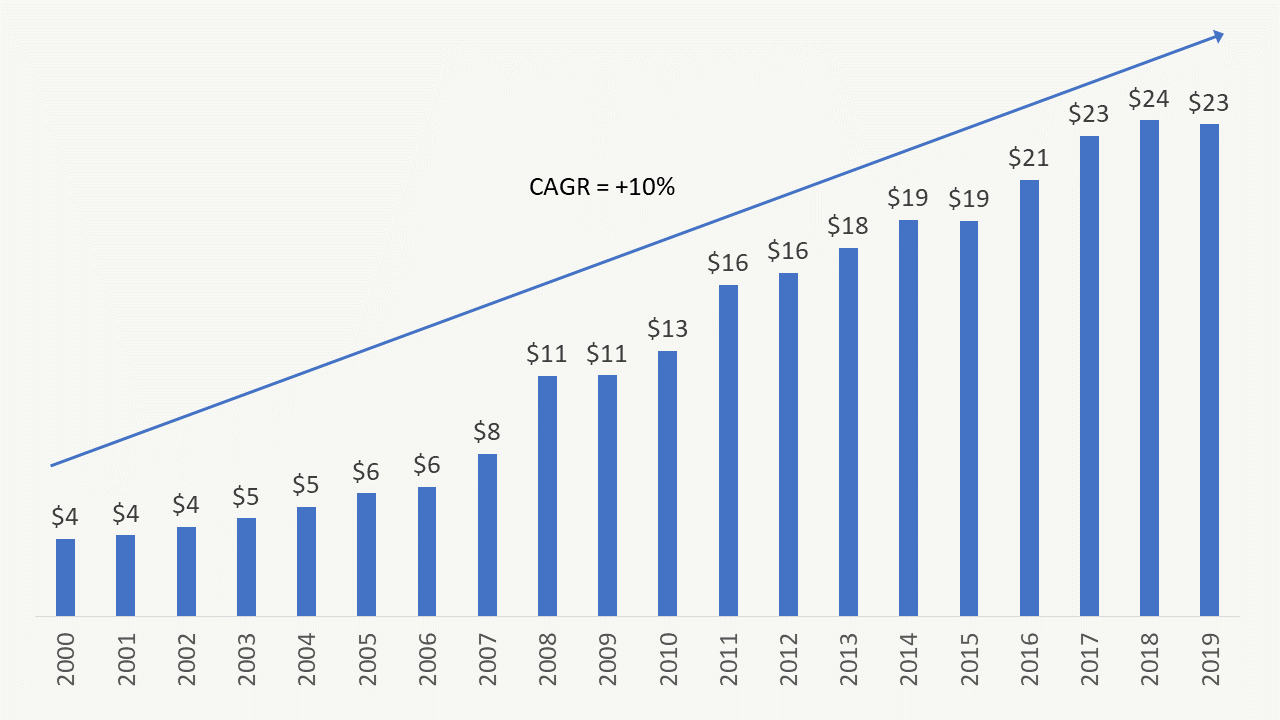 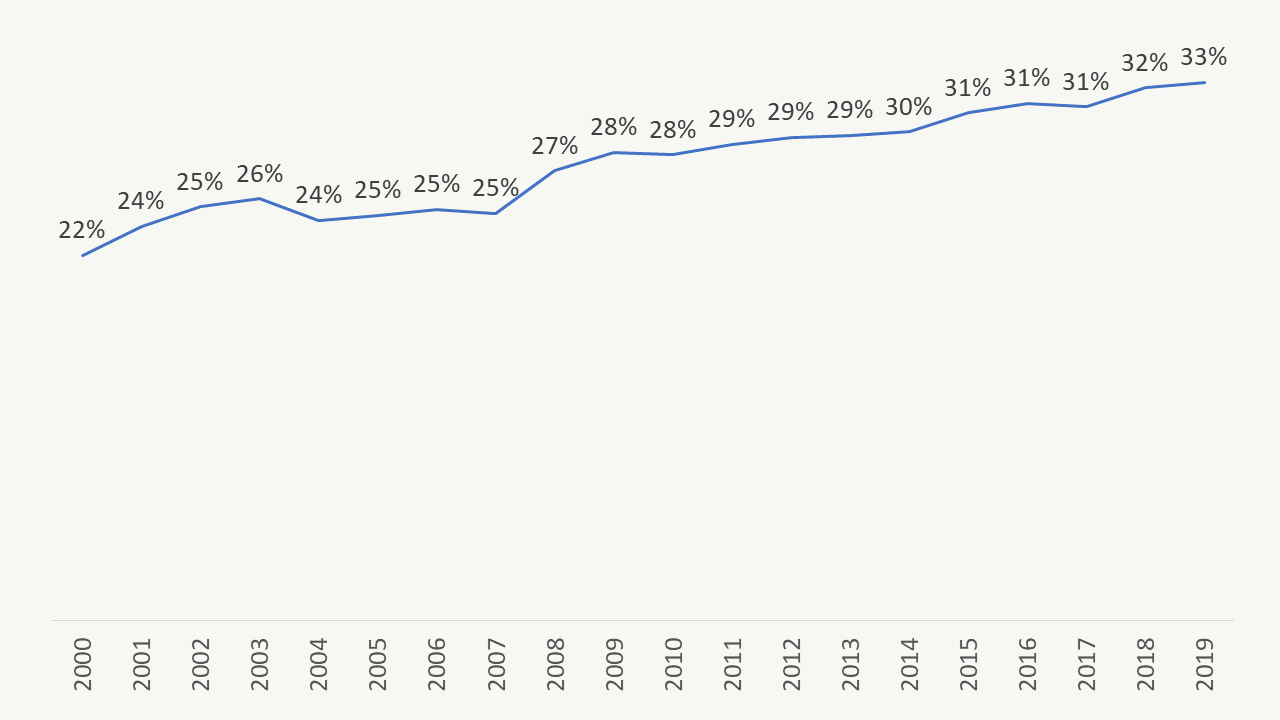 Our objective in this analysis is to understand the impact of fiscal and monetary activities on future growth in non-Government GDP. Given the general trend among economies to favor monetary stimulus over fiscal stimulus, our cross-section of developed and developing economies lays the bedrock for statistical analysis. From there, we might see if we can infer which of our two main economic policy levers has a better track record of driving growth.

Through our analysis, we also hoped to gain answers to some key questions.

Of several independent variables considered (Table 1), growth in non-Government GDP shows a strong correlation – both positive and negative – with three variables from prior year: share of Government spend in GDP, growth in central bank assets, and nominal GDP growth rate. The correlation did not hold going back two years, however, making prior year the favorable time frame for comparison (Figure 5). 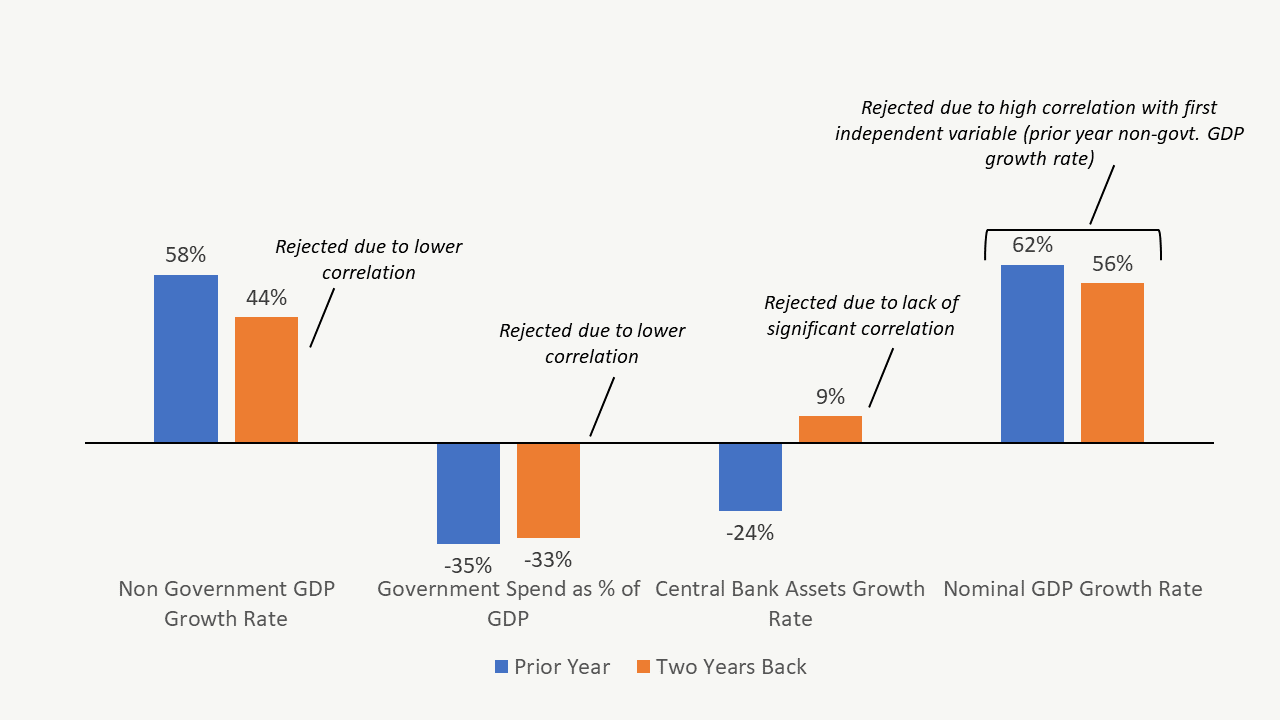 All this supports an intriguing observation: the maturity of developed economies reduces the perceived impact from either kind of stimulus. 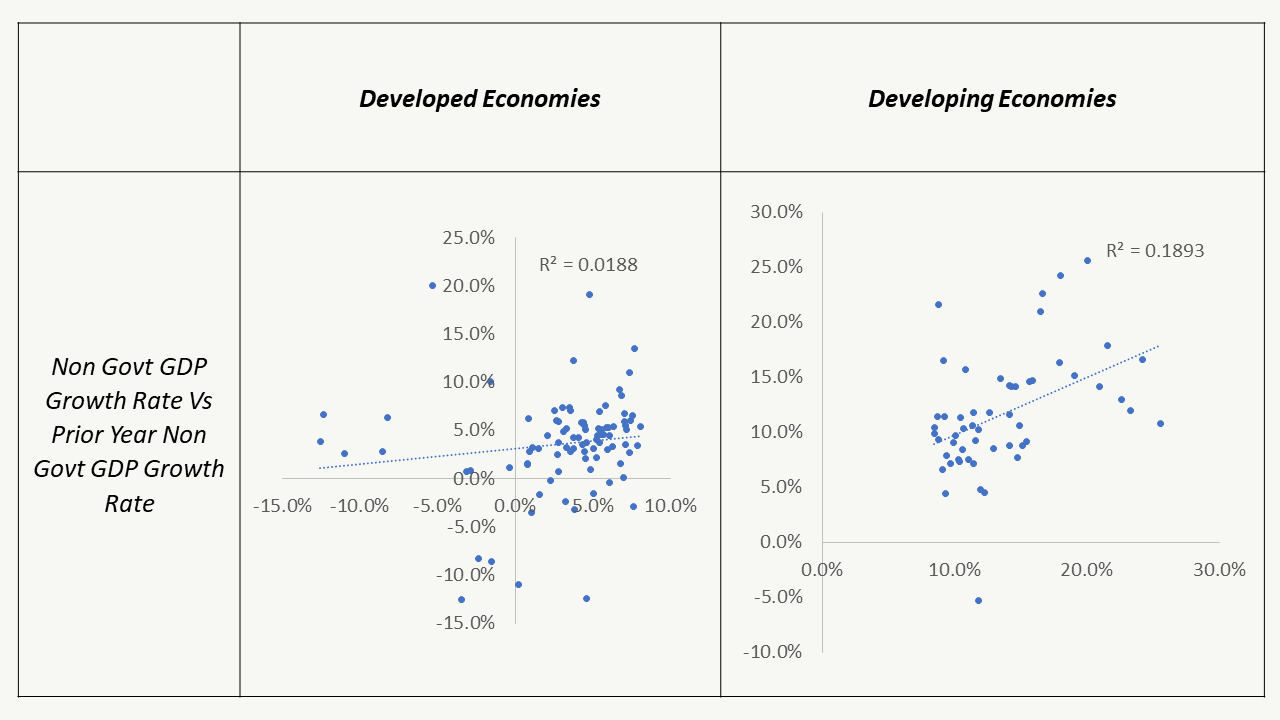 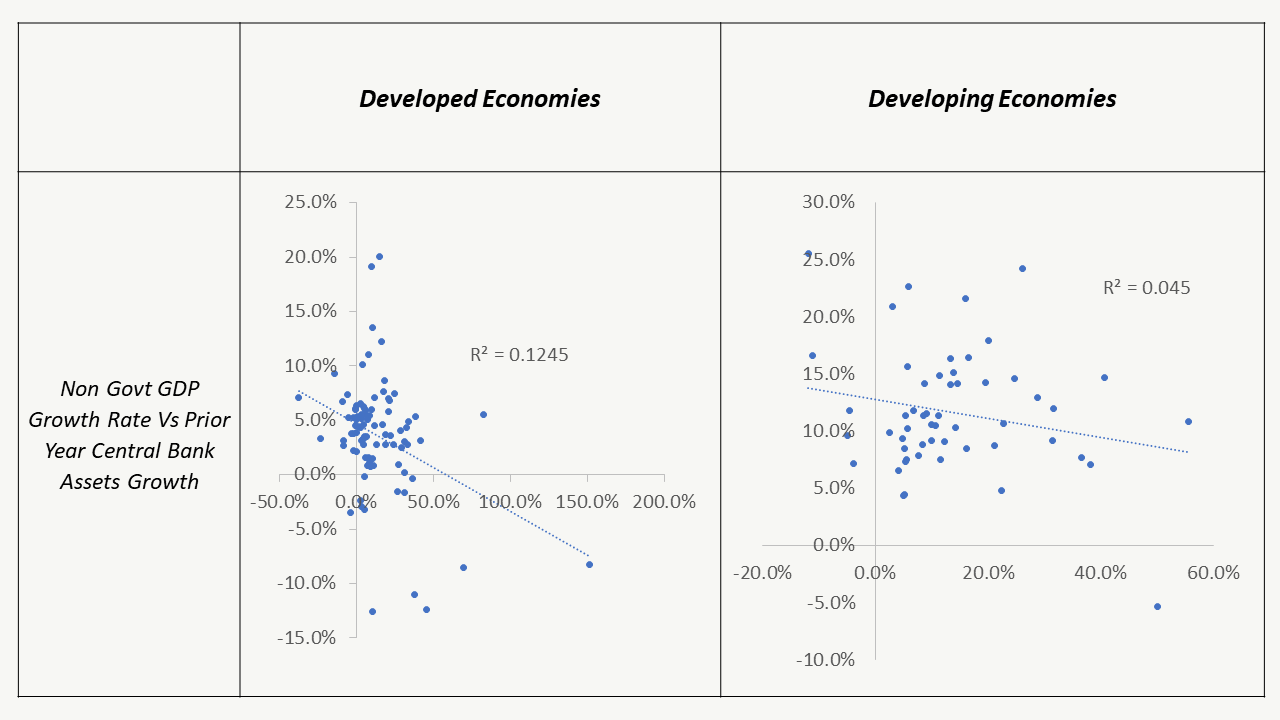 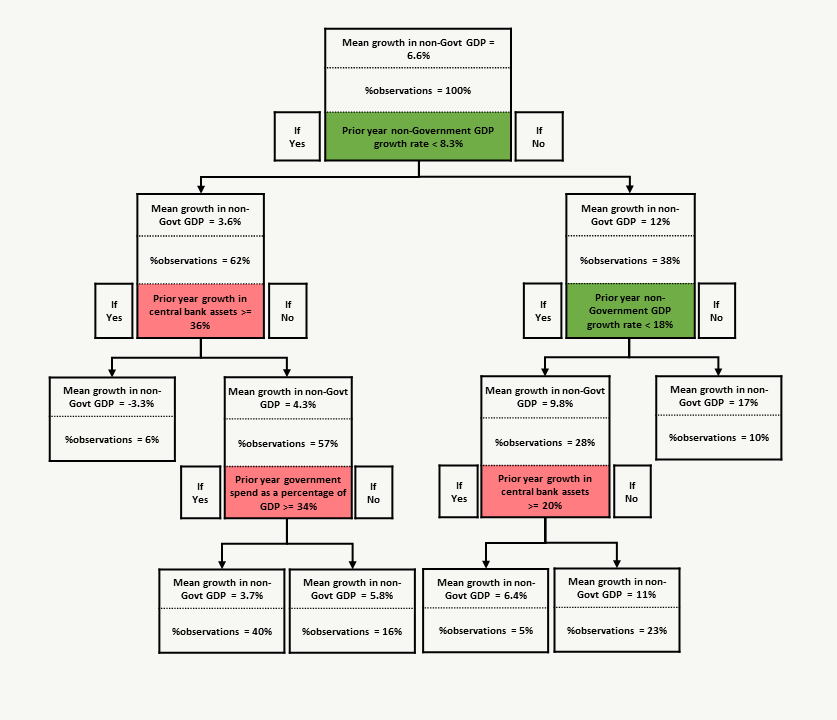 With this analysis as a baseline, future work could be done to project growth in an economy based on its developmental stage and the specific activities of governments and central banks, as well as their particular economic stage. There are some additional provocative implications here concerning the ability of governments in developing economies to influence GDP – small details with a big impact on the global economic stage.

Data tells a story. Curious what insights data analytics can provide for your organization? 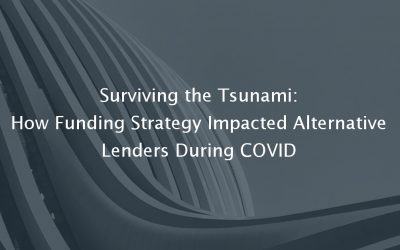 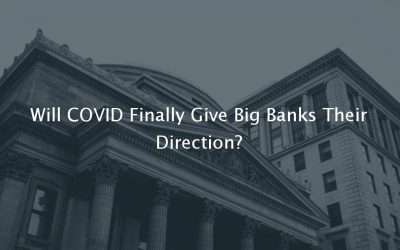 Will COVID Finally Give Big Banks Their... 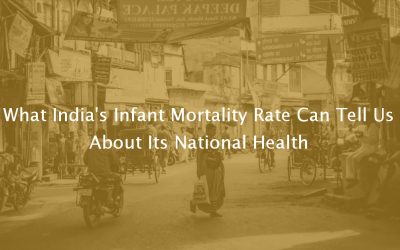